Working at home with young children

Like all young children, your son also needs the constant presence of a “North Star” around which to orient, and that North Star is you. That means he needs to know what bench you're sitting on when he's in the sandbox at the playground, so he can toddle over to you for frequent emotional re-fueling. It means that if you leave him he's likely to cry, and then orient himself around his babysitter while you're gone, breathing a sigh of relief when you finally re-appear. It means that when he looks up from playing in that hallway and can't see you, or tries to come to you for re-fueling and finds a gate in the way, he panics.

So how do you both get your needs met here? You're right that if he cries for an hour and then you pick him up and console him, you're teaching him to just keep protesting and you'll give in. So you can't do that.

But if you get him settled in the hallway with his toys and then ignore him, what message are you giving him? That no matter how much he panics and tries to show you he needs you, he is so unlovable that you won't respond. That people who love you can suddenly withdraw their love and act like they don't know you. That he's powerless to affect the world in the way that's most important to him, by getting his mom to respond to him. In fact, that he's invisible.

Remember, your son depends on you completely to get his needs met. Throughout history, 14 month olds who couldn't make their moms love them mostly didn't survive. Despite your obvious love for your son, he's internalizing the sense that he doesn't matter to you as much as whatever you're doing behind that gate – which he can't possibly understand puts food on the table. To him, this could be a matter of life or death. You and I know it isn't true, but to him it's daily emotional torment. It's an emergency of such dire proportions that he simply can't focus on anything else until he reconnects with you.

So what are your options? I would not recommend that you put your son in front of a TV, because research shows negative effects on brain development, vocabulary, sleep patterns, and emotional development. (That's why the American Academy of Pediatrics says that children under the age of two should not watch any TV at all.)

Can you take the work home, so your son can play in his usual space while you work? That will almost certainly allow you to get more done than your current “prison” routine, but all parents know that as soon as we get on the phone or absorbed in the computer, our kids feel the loss of our attention and start to fret. It's different than doing dishes, where we remain emotionally available, and they sense it. So you might be able to get a little work done, but it's not really a sustainable situation.

Can you take the work home and get it done while your son naps or in the evening after he goes to sleep? Or can he learn to nap at your job, so you can work while he sleeps? If the answer to these questions is No and you want to keep working, I would recommend you find a babysitter for those two hours daily. It may be hard for your son to adjust to that, but two hours playing in a group situation with a loving sitter might well enrich his life. It will certainly be much better for him than the messages he's getting from two hours behind a baby gate howling for you. 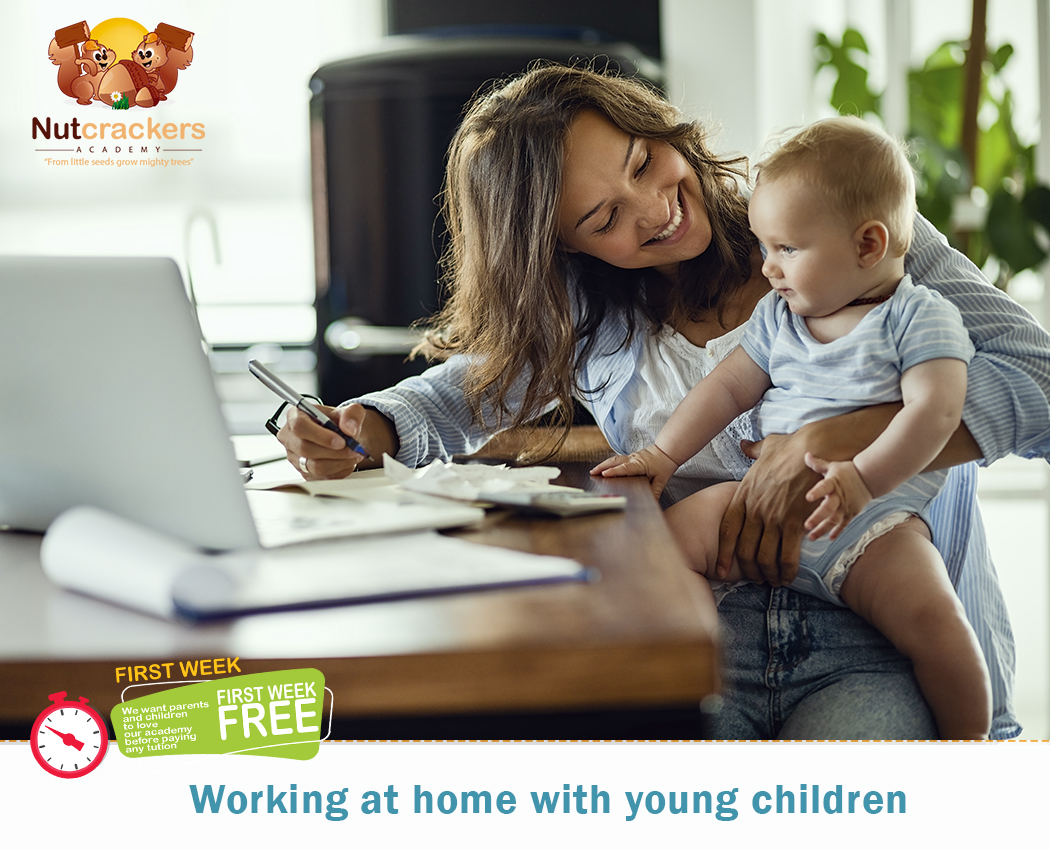