Capture the Flag
This game is most fun when played with a large group. Split the group into two teams, each team having a flag or other marker at the team's base. The object of the game is to run into the other team's territory, capture their flag and make it safely back to your own territory. You can tag "enemy" players in your territory, sending them to your jail. They can be sprung from jail by a member of their own team running into your territory, tagging them and running back, with one freed person allowed per jail break. It is sometimes played that all the people in jail could hold hands and make a chain back toward their own territory, making it easier for members of their team to tag them.


Four Square
This ball game is played on a square court further divided into four smaller squares, numbered one through four. One player stands in each of the squares, with the highest ranked player in number one, lowest in number four. You bounce the ball among the players, bouncing once in the other person's square before that person catches it. When I played this as a kid, we had countless additional rules to choose from. The person in square one got to choose the rules. Anyone who violates the rules will have to move down in the ranking, or be eliminated with another player rotating in to square four. Number of Players: Four, unless you take turns. Equipment: A four square court or sidewalk chalk, a playground ball. 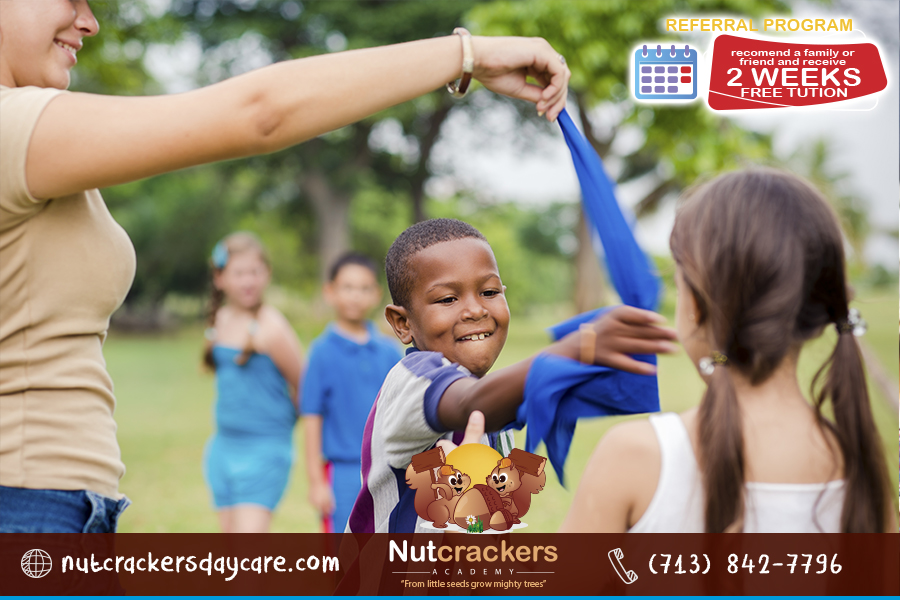